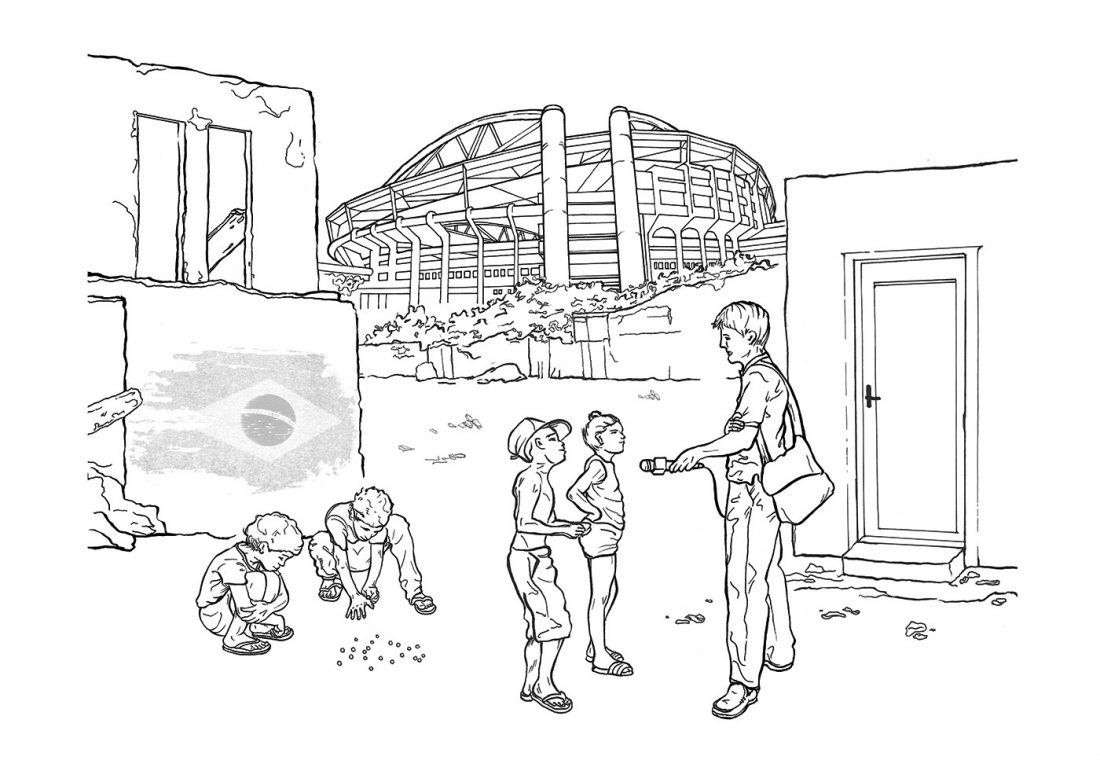 Keeping Children Safe are a global network working to keep vulnerable children from around the world safe from abuse and exploitation. An area of focus is the plight of children during major sporting events.

For the 2016 Rio Olympic Games they have produced a guide for Journalists encouraging responsible reportage covering the neglect of Favela children before, during and and after the event. I was asked to create an illustration for the front cover of the guide.
The drawing shows the new Rio Olympic Stadium in the background juxtaposed against a destroyed building (referencing the unethical demolition of Favela housing in preparation for the event).
It also features some children playing marbles which is the topic of a video the NGO produced, featuring the non-fatal shooting of a young Favela boy (by the Brazilian army) whilst he and friends were playing this game.